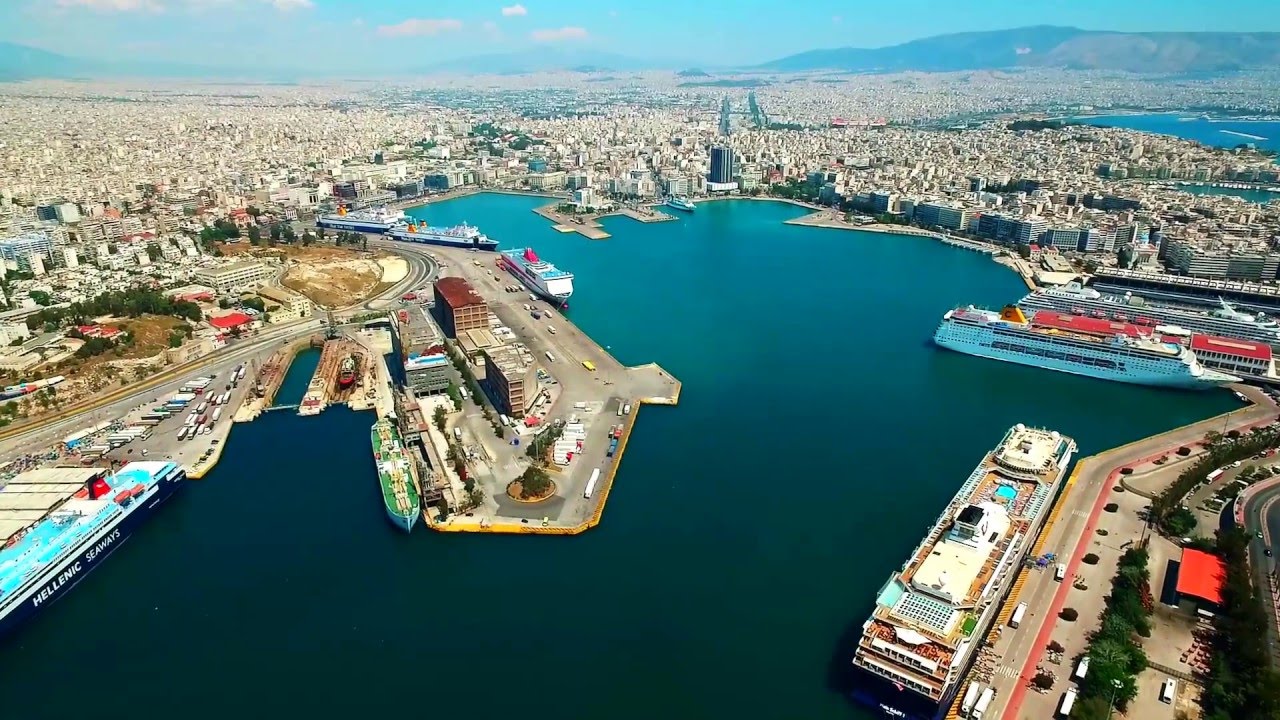 Lets start our walk from the "heart of city" from Zea, the most known in all Pasalimani, where are assembled most people of Piraeus – and also the most known and interesting part in Piraeus.
Crossing the coast of Trifon Moutsopoulos on ourrleft hand side, we see also small restaurants. In the pavements exist tables with umbrellas, where anyone can sit and simply observe people , since Pasalimani is the most popular meeting point for the people of Pireas . In most bars of Zea you can hear as a rule, Greek music.

Reaching the Alexandra Square, the most beautiful perhaps square of Piraeus, we meet, in the turn to Kastella, the centre "Tsiller" and continuing our way, we follow the Coast Pavlos Koundouriotis, with the beach Votsalakia on our side, in order to reach the cozy Kastela, where we see luxurious "bistro'", beer houses, and "cafe-restaurants", hotels and small clubs where young people hang out. In small streets with steps, exist many Art Nouveu buildings, that the people of Piraeus use as offices.

Leaving Kastela, we walk further down to Mikrolimano ( also called Tourkolimano), the ljmenjsko Mounihias for the ancient Greeks that is certainly the most characteristic and historical than the natural harbours of Piraeus. In the small marina there are many yachts and the other small ships of recreation. Also here exist many shops at length of beach (Coast Koumoundourou). The traditional taverns are litteraly on the sea and serve fresh fish in very good prices. Among the fish tavernas exist modern cafeterias that the spring and the summertime they serve outdoors by the sea.

On one side traditional fish tavernas and on the other modern Piraeus and the modern way of  entertainment. Winter and summertime, Mikrolimano  resembles to islands.

On the left arm of the small port, we can visit the imposing and luxurious lounge of 'Naval Group Greece'.

In the higher point of Piraeus (86,59 m. from the surface of sea) is found the hill of Prophet Elias, with  municipal theatre 'VEAKEIO', that in the summertime constitutes the centre of the Piraeus artistic movement, with appearances  of Greek and foreign theatres, folklor groups of international fame k.a. "BOWLING CENTER", also on the same location, with the greenest park around and the outdoor basketball terrain, that has view to  Faliron and the Saronik gulf. In the top of the hill  we find the church of Prophet Elias, where each year, on the holiday of the Prophet , a feast is organised in which almost all Piraeus participates.

Down the hill of Prophet Elias, we return in Mjkrolimano and from the Coast Dilaveri we go up in the small bridge and enter in the space of Peace and Friendship Stadium, with the shaped parks, the children's charms, the smaller spaces for tennis, basketball and volleyball. The Peace and Friendship  Stadium is used in the last  few years also as an Exhibition centre. In the same region near the holy temple of  Myrtidiotisa,  is situated a big municipal theatre, the "Menandreio" (or Delfinario).

The next stop of our walk is Neo Faliro, an old neighbourhood of Piraeus that gained a tribute in many Greek songs of the 40s and 50sand is one of the most beautiful districts of Piraeus. Children's charms, the "Fun fair", the Karaj!skaki Football Stadium, with the monument of liberator of Piraeus Karaiskakis, aleas, squares and many neoklasjka' buildings help retain a sense of the past.

From the New Faliron we return in the Pasalimani. But from a different, this time, direction. Following the old road Trohiodromon, in order to pass from the district Gouva of Vavoula, near the archaeological space of Gate of Piraeus Grounds, where many mezedopoleia and "ouzo selling restaurants" with Greek and "rembetiko" sounds, that assemble the interest of residents of entire Attica, as well as foreigner tourists that visit Piraeus. The rythms are traditional, the “glenti” frantic.

Sometimes this restaurants are so crouded that people dance in the streets. If you want to have fun really and authentically, these regions with mezedopoleia will satisfy you for sure. Following 34th Syntagma road and its extension - the avenue of Heroes of Polytechneio- we reach Municipal Theatre. For a rest, depending on the hour or the day, a traditional ice-cream in the "Stani" or an ouzo in the "Highlife" in the Korai Square.

After that we follow the road Karajskou and turn left in Savior Zeus Street, a pedestrian road and also one of the most commercial roads of Piraeus, with various shops.

From the Pasalimani, with direction henceforth to right, we continue our walk in the "heart of the city", that will be completed in the beach that is extended at length of Pejraeus Peninsula, until the Faculty of Cadets. This Faculty has been characterized as the leading aesthetics "expression of" Pejraeus landscape...

We then walk past the F.C Olympiakos, that since the day of fundation - in 1925 has made it's a significant part of Piraeus.

Further more on the right we see the building of the Naval Hospital (previously "Russian"), that was founded in the beginning of our century from the Queen Olga, with expenses of the Czar, for the crews of the Russian navy often harboured in Piraeus. From old Freattyda the only thing remaining is the Mikri square (Small square with the statue of the poet Lambros Porfyras (1879 - 1932) who was a regular in that square’s cafes and tavernas.

Where the ancient parts of a gulf were, appears today "Marina Zeas" with its modern installations and the buildings of "Naval Museum of Greece".

From that ideal location one can observe the Saronnic gulf, with the "outlines of" most near islands, the Salamina and the Aegina in the horizon.