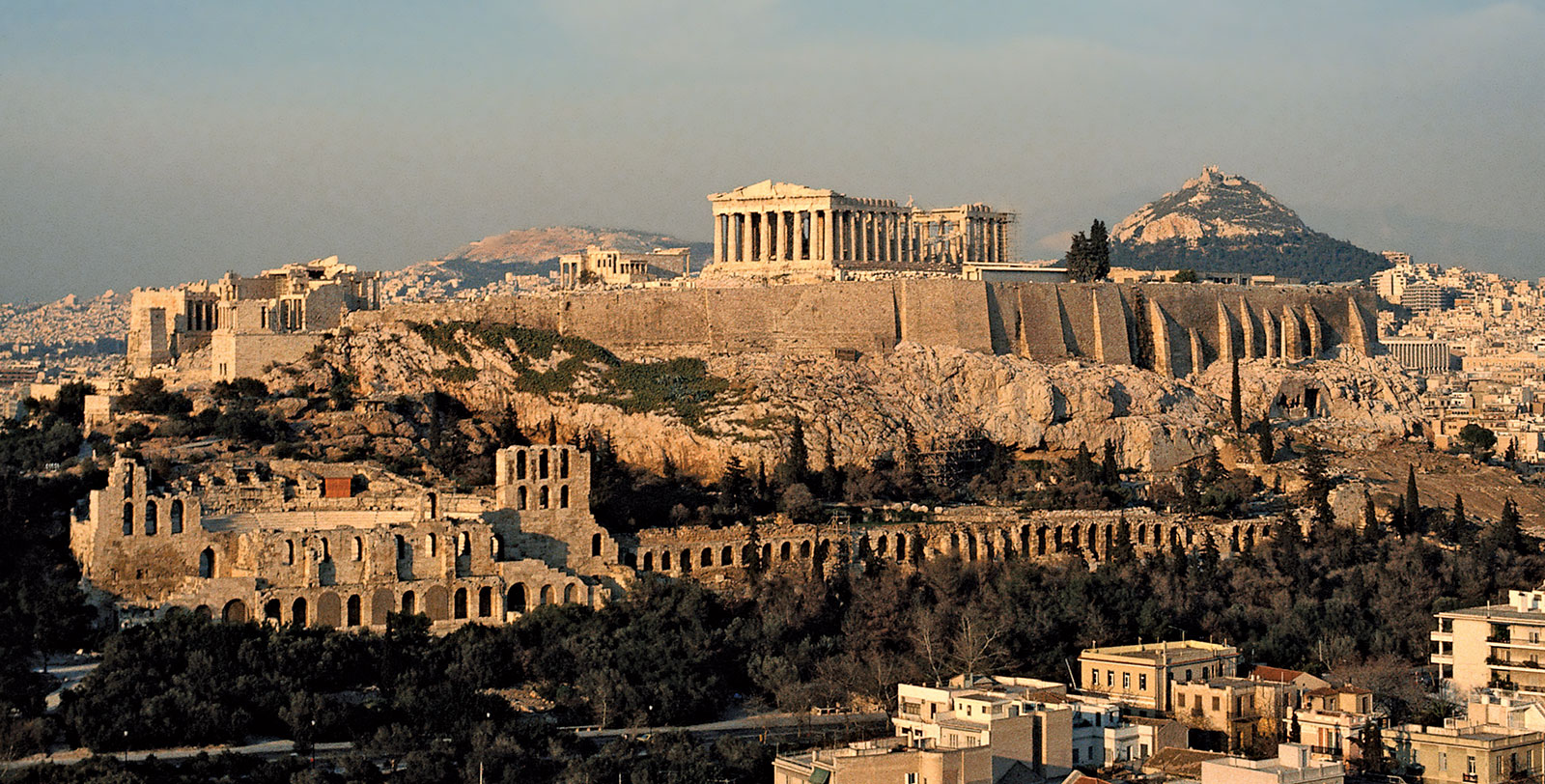 The Acropolis hill, or "Sacred Rock," is the most significant historical site in Athens and has been inhabited since the Neolithic period. From 650 B.C., the area was a place of worship to the goddess Athena and during the Classical period, three important temples were built: the Parthenon, the Erechtheion, and the Temple of Nike. These monuments on the Acropolis mirror the history of Athens through the ages. After a tour of the site, visit the Acropolis Museum to see many of the excavated treasures from this remarkable site.

The Agora was the heart of ancient Athens - an “open space” which was the focus of political, commercial, administrative and social activity for centuries. People shopped, argued and listened to the philosophers here. Occupied since Neolithic times, the Romans, Persians and Slavs have all had a say in the lengthy history of the Agora.

The area was eventually abandoned in the 6th century only to be rediscovered as a residential area in the 19th century. Although now in ruins, there is plenty to see and learn. Visit the Temple of Hephaistos, the Stoa of Zeus, the Eleutheriosm, the Stoa of Zeus, the Eleutherios, the Temple of Apollo, the Patroos, the Monument of the Eponymous Heroes. Altar of the Twelve Gods. The Odeon of Agrippa, the Royal Stoa (Stoa Basileios) and the Tholos.

One of the top ten museums in the world, the National Archaeological Museum of Athens houses an unrivalled collection of Cycladic, Minoan, Mycenaean and Classical Greek art. Housed in a beautiful neoclassic building, you can spend the day admiring the fascinating collection and then relaxing in the sculpture garden café.

First built in the 5th century AD on the site of an ancient temple to Apollo, the monastery was rebuilt in the 10th century. Occupied in turn by Cistercian and Greek Orthodox monks, it is renowned for its 11th-century, unusually complete Byzantine mosaics regarded as among the best in Greece.

Located downhill from the Acropolis, the Plaka is one of the oldest parts of modern Athens. It is a labyrinth of stone-paved narrow streets and alleyways that transport you back in time. The Plaka's central square was founded in 1813 and is crammed full of cafés, restaurants, bars and nightclubs. It is also the best area in Athens to shop for souvenirs and traditional Greek jewellery.

If the intense hustle and bustle of Athens gets too much, then a visit to the National Garden is a must. A peaceful, green refuge in the midst of central Athens, this public park was once the palace garden of the royal family. It contains garden, a zoo and small lakes and ponds complete with ducks, swans and a few peacocks. There are also several cafés hidden away!

The Byzantine Museum houses a collection of Byzantine art from the 4th to the 9th century. Housed in a Florentine-style villa, the collection includes Byzantine and post-Byzantine icons, sculpture, manuscripts, wall paintings, mosaics, woodcarvings, bronze engravings, lithographs and prints. The whole Museum complex includes both permanent and temporary exhibitions, a library, conservation laboratories, a café and restaurant, educational areas, a shop and an open-air archaeological park.

Lykavittos Hill is the highest point in Athens and offers a superb view over the entire city. The hill takes about an hour to climb and from the heights you can spot landmarks like the Acropolis and Olympic Stadium as well as the coast and nearby mountains. The start of the journey is relatively easy but it does get progressively harder but you can enjoy a cool drink on the hilltop-terraced café. The less energetic can hire a taxi all the way to the top.

If you happen to visit Athens on a Sunday, then the Monastiraki Flea Market is the place to be. Centered in the area around Monastiraki Square this market is centuries old. The sheer variety of goods on offer is astonishing.

The Museum of Cycladic Art

Founded in 1986 to house the collection of Cycladic and Ancient Greek art belonging to Nicholas and Aikaterini Goulandris, the Museum of Cycladic Art is housed in a magnificent neo-classical building and contains relics from over 5,000 years of Cycladic history.